I wrote a poem with a Christmas ethos a little earlier this year and it has been published in the December issue of EGO magazine, a monthly publication on all things Aberystwyth and beyond. This is the poem:-

A Son
(listening to Spiegel im Spiegel by Arvo Pärt)
Slowly, slowly, heartbeat of
piano's melody lays steady
path where bow of violin
enters and breathes across
strings, together flow in
spirit of sustaining song,
harmony of eternal
spheres  -
and there was
a star once, pulsating
glimmer-shimmer from
farthest heavens, voiced in
light from light message for
present, for future, for time
beyond time   . . . .     He is
here, come
to be with you, laugh with
you, weep and proffer
gentlest of arms to enfold
you in warmth
unimaginable . . . .
of woman born, passed
through fabric of pain,
passage of earthly flesh
to love
everlasting   . . .
He is my son,
infant grown become man
with humanity who was,
is God   -   He is my son,
listen to Him.
I submitted the poem with a couple of possible images to Kiran Sharma, poetry editor of the magazine in November. Kiran liked the poem and published it together with the image 'The Cloths of Joy', a detail from one of my embroidered pieces. 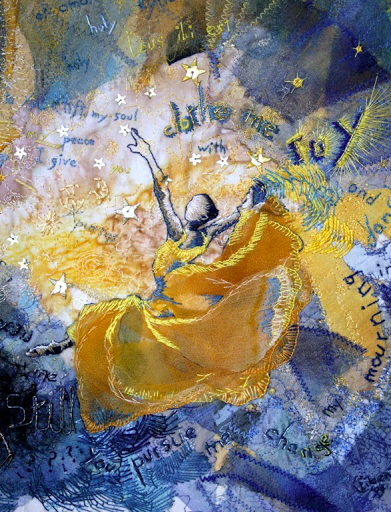 The Cloths of Joy
(detail)
The two appear together on page 104 of the magazine and below is the link to the publication.
https://ego.today/current/
Warmest wishes to all for 2021!
Posted by Eileen Harrisson at 03:54 No comments: 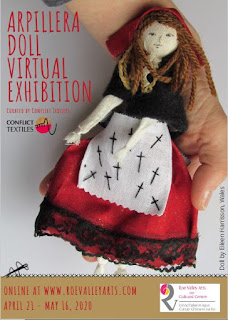 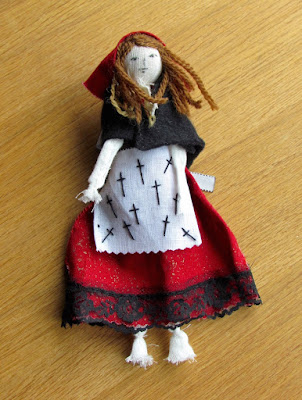 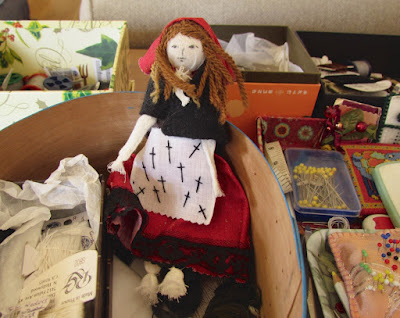