Of poems and graduations . . .

It has been a very exciting month of July for me this year! After an interlude of many years, in 2009, I was finally able to return to Aberystwyth University to study for my MA part-time and on Wednesday 16th I attended the degree ceremony to collect my certificate for the MA in Fine Art and Art History. Arthur, Juliette and Ed were with me and it was a fantastic day  -  I didn't realise just how happy it would make me feel and I will cherish the memory of it as long as I live!

Last September, I embarked on my part-time PhD in Fine Art and am now enjoying it enormously  -  it is such a wonderful opportunity to delve deep and explore both the micro and the macro of my subject and I will continue with it just as long as I can and hopefully bring it to fruition sometime around 2020  -  seems an unreal date! 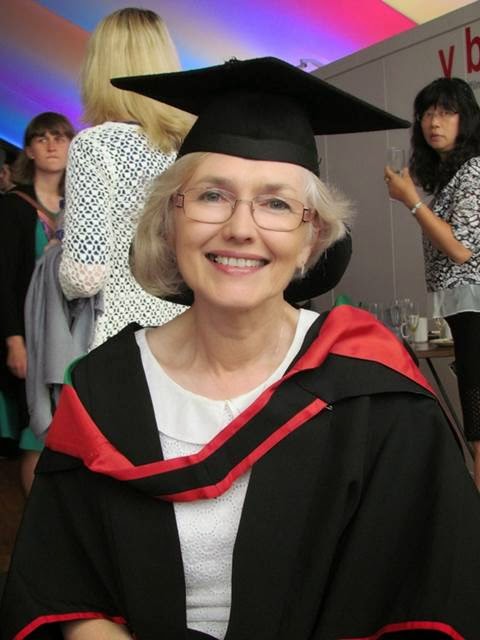 Gowned up and at lunch! 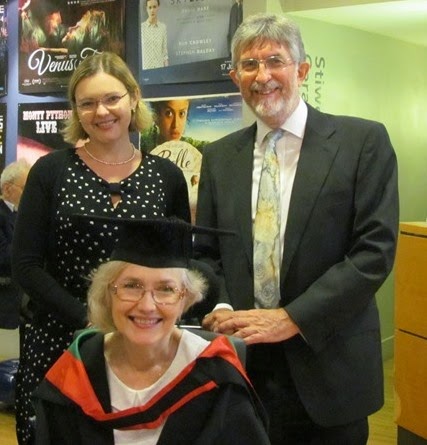 With Arthur and Juliette 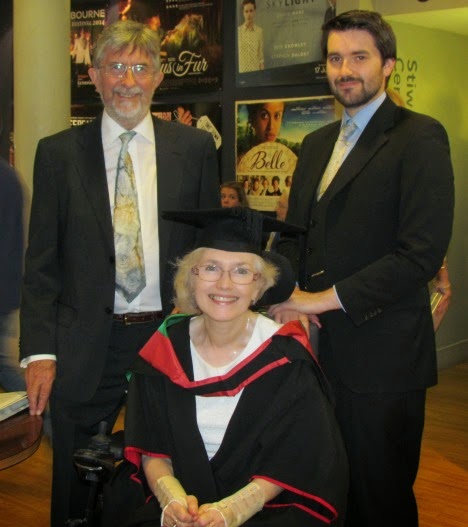 With Arthur and Ed 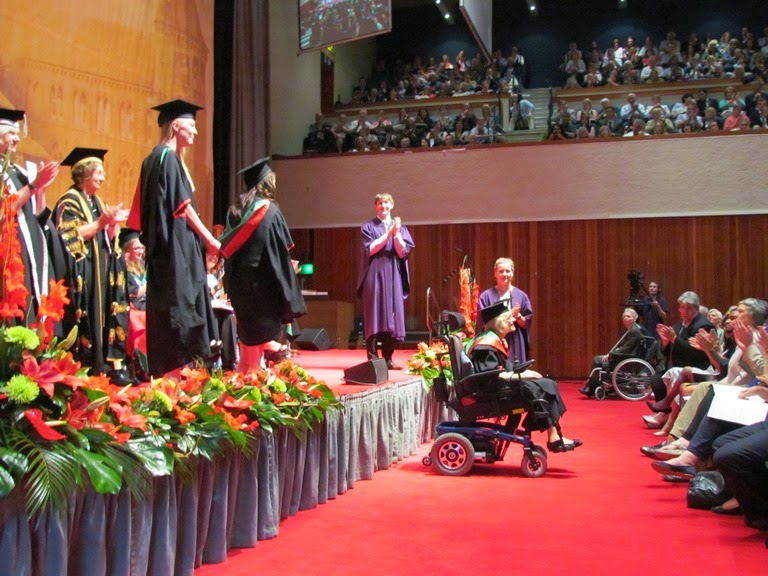 At the ceremony in the Great Hall 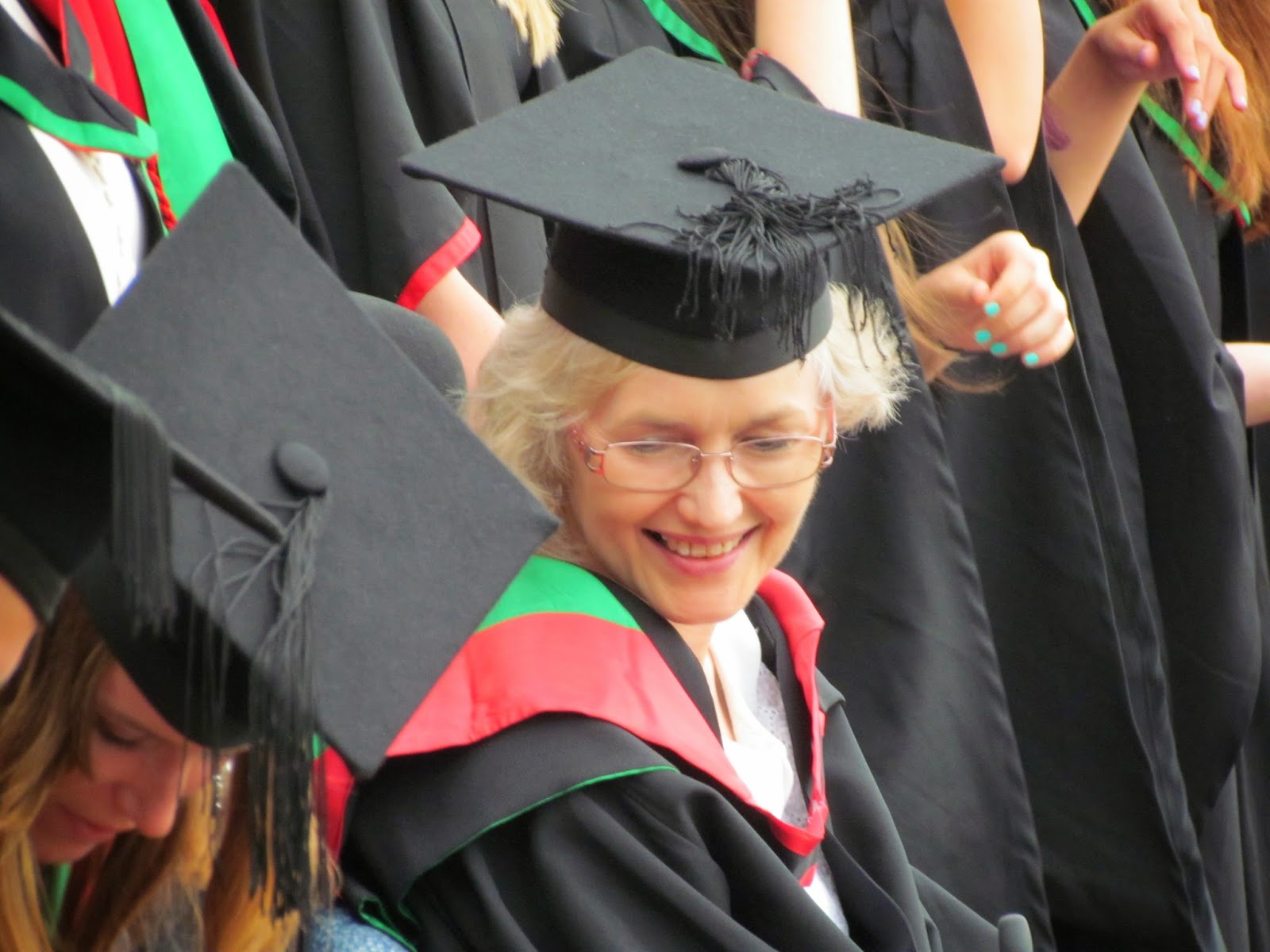 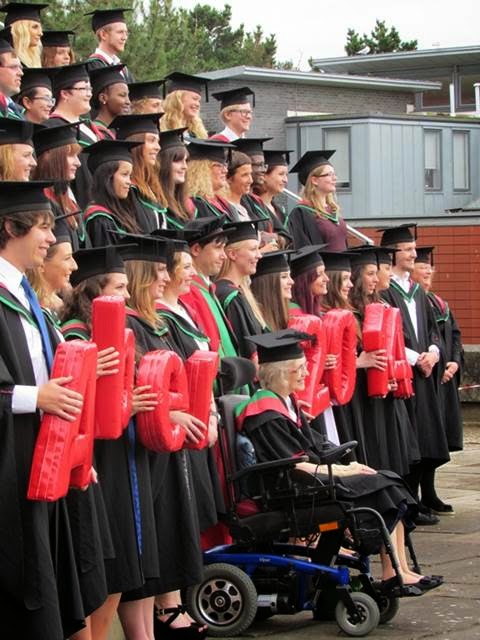 Group photo by the steps  -  thankfully, it didn't rain! 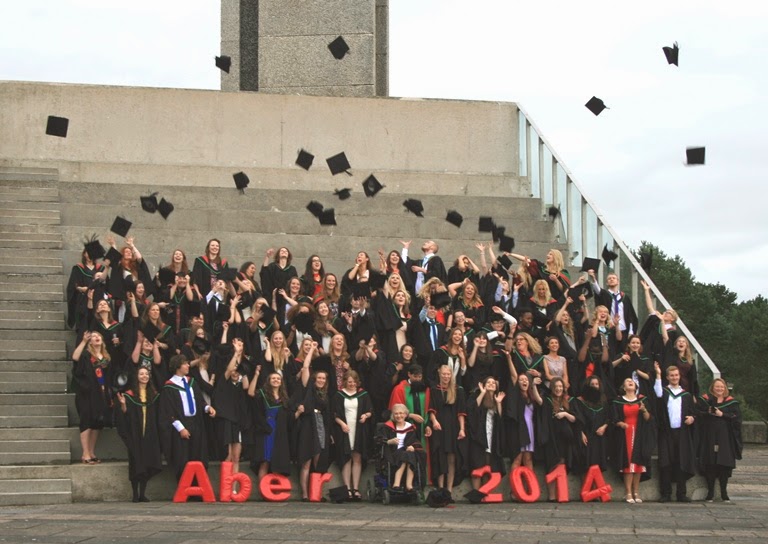 Hats go in the air! 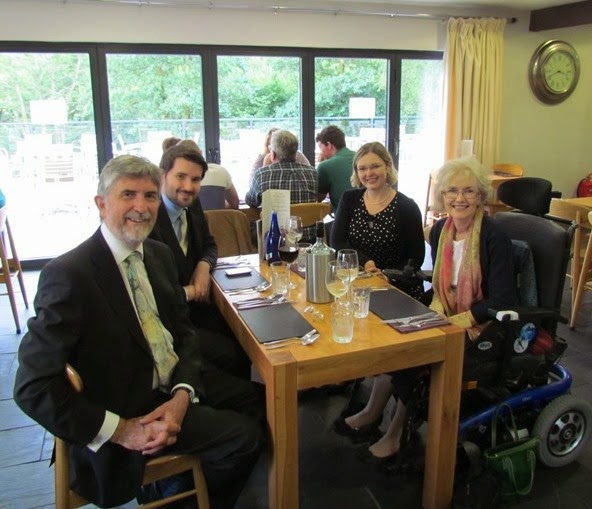 We enjoyed a lovely meal in the Cross Foxes afterwards!


Meanwhile, my creative investigations revolve around stitch, paint, word and sound and within this, I have been recording readings/performances of my poetry, four of which I now have here within SoundCloud. I really enjoyed doing these readings both as recordings in the sound studio at the university and before this, at the Chinwag evening on 18th June in the Arts Centre in Aber. My readings were very well received, which is great, and I will perform more work as time goes on, hopefully live at more Chinwag evenings and also as recordings which can be accessed via SoundCloud.

The recordings of the poems follow and the image is of me in the recording studio. I am pictured during recordings made of the stitching process and I recorded the poems at the end of the session.

This first poem is  Belfast Swan


Sedge and bulrush fall away in
succession, watery precursor
of city’s trickle;
wind-whipped lough and lilac-blue
hills a cloud-wisped backdrop.


Caught
by
the swan,
I watch
it
creamily
uncurl
sinuous neck

out from
amber
brownness;

The following short poem entitled After,  tells about the atmosphere of an explosion just after the event. This is one incident among those I experienced in Belfast in the late 1970s and beginning of the eighties. It seems such a crime against humanity that not only adults but so many children in troubled countries today still find their lives blighted, scarred and tragically ended by the actions of those who seek to impose their will on others through violence, groups and individuals who seem blind to the suffering they cause and deaf to the pleas of the innocent victims.


The next poem Belfast: Lagan Revisited  speaks of the city at the height of The Troubles but it does not end there. This is a city and country which walked a painful path out of the violence and destruction and which, despite dark acts perpetrated by a few individuals, works to preserve a much-needed peace. Differences of thought and opinion still exist but the bond of shared humanity and compassion unites where the confines of sectarianism had bloodied and shattered.


The final poem Cormorant is a short song of the sea and shore where I spent all my growing years, a place of consolation and inspiration, a harbour for the body and the soul.

Posted by Eileen Harrisson at 05:38 No comments: